Unfortunately for society, domestic violence cases are nothing new. Although it has been publicized as an incident which primarily affects women, studies have shown that the number of men claiming to be victims of the crime is on the rise. Now, with reported incidents on the rise, is there anything the victims can do the help themselves?

The first way anyone can survive domestic violence is by admitting that they are not at fault and should not be ashamed. Men have a hard time confessing to domestic violence because they are embarrassed. However, once someone, man or woman, acknowledges that there is nothing to be ashamed of, can he or she move forward.

This shame causes many people to keep household abuse a secret from their friends and family, and only when they try to take the situation into their own hands (sometimes with fatal results) is it revealed. Thus, the first line of defense in preventing an unsafe home life situation from becoming out of control is through acknowledgement.

This acknowledgement will permit the person to seek help when needed. Many times, the abusers have left their victims with mental scars as well as physical. Those mental scars can prevent someone from acting. Under all circumstances, they should call the police and allow the police to take their significant other to jail.

By allowing their abuser to roam free, he or she is absolving the person committing the crime from being responsible for the issue. There are consequences to domestic violence and the longer the situation goes unresolved, the great chance that the violence will escalate.

Other victims have a misconception that violence within the home only relates to physical harm. That is untrue. Abuse can be anything from financial, to mental to the well-known physical violence that usually gets publicized.

Financial abuse is one of the lesser-talked about issues within the spectrum. It occurs when the significant other either takes funds away from the victim or gives them a paltry amount daily. The point behind financial withholding is to prevent the other person from having the means to leave the relationship on their own.

All abusers possess control issues. The other person does not get to live their life the way they would like. They are required to explicitly follow the other person’s examples. Preventing the victim from exerting his or her will or being tainted by another person’s will is their mode of operation. Therefore, many abusers seek to alienate their victims from friends, family and even work. They want their victims to rely solely on them with no chances of independent thinking or the ability to have someone enlighten them to their situation.

Prisons are overcrowded and room needs to be saved for the serious offenders. It is what people are told all the time. Yet, legal action is needed.  If you find yourself needing assistance with a domestic abuse situation, maybe you should contact The Law Offices of Segal & Segal.  They have handled many cases of domestic abuse and are willing to give you the attention your situation is needing.

Personal demand for control constitutes another trait abusers have and that is mental abuse. The typical line of “nobody will want you except for me” has been uttered too many times to count. They are also not above demeaning someone’s previous accomplishments or their bodies.

After a certain amount of mental abuse has occurred, some victims begin to believe their abuser’s accusations and that is when they are in a mental prison. However, many time the financial control and the mental control do not end there and the abuser quickly resorts to physical violence to get his or her points across.

It is very rare for abusive relationships to begin with abuse. They typically start with undetected control issues, which then become bigger and finally are exerted with physical force. All abusers escalate their abuse and if their victims do not get out early, they could pay the ultimate price.

2017-01-20
Pezzini James
Previous: Where to Start When Your Business is Being Sued
Next: Dealing With Discrimination in the Workplace – Valuable Tips for Employees 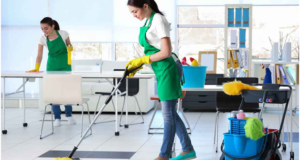 The Top 3 Reasons to Hire a Professional Cleaning Company 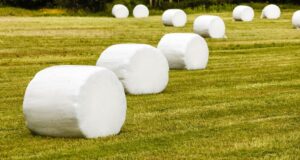 Silage Wraps Help Farmers Make the Most of the Seasons 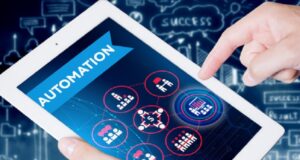 All You Need To Know About Automation Software